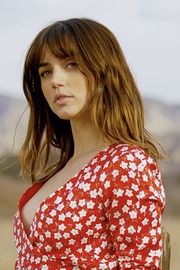 Ana Celia de Armas Caso is a Cuban and Spanish actress. She began her career in Cuba and had a leading role in the romantic drama Una rosa de... Wikipedia