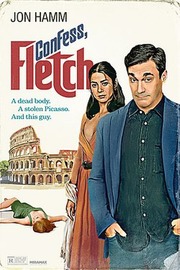 Confess, Fletch is a 2022 American crime comedy film directed by Greg Mottola, who also co-wrote the screenplay with Zev Borow. Based on Gregory Mcdonald's 1976 novel of the... Wikipedia